Welcome to the newest instalment of Fave 5, where we ask members of the publishing and book community to do what they excel at . . . recommending books!

If you haven’t seen any of our previous Fave 5 posts, here’s a quick introduction – Fave 5 is a guest feature focusing on recommendation lists with a twist. We’ve asked our guests to pick a theme or topic of their choice (it can be as mainstream or as niche as they’d like) and then recommend their favourite five books that match the theme.

Today’s Fave 5 guest is critique partner extraordinaire, queen of the chocolate pretzels (and other assorted treats that fit in the mail), and advocate for #ownvoices novels – bookstagrammer and aspiring author Kelsea Yu, known online under the handle @anovelescape.

You can find out more about Kelsea at the end of the post, including a link to her incredible bookstagram where she posts a wide variety of books, as well as writing updates. You can also find out more about her upcoming #ReadRepReview challenge. But for now, read on to see her Fave 5 recommendations!

Growing up as a Chinese American girl, it never occurred to me to question the lack of diverse racial representation in literature. It was just a given. Adventures belonged to white characters. So did friendship, romance, and every other potentially life-changing experience. It was a given, that is, until I picked up my first Amy Tan novel.

Chinese-authored literature changed how I saw the world, and how I saw myself. Decades have passed since I picked up that first paperback, but I still find my heart does a little flutter, still discover new pieces of myself every time I pick up a book by a Chinese diaspora author. So, no matter your background, I hope you’ll enjoy this list of five of my top favorite Chinese-authored adult books.

This series is epic fantasy at its finest! It’s set in a fantasy version of China and it’s based on the Second Sino-Japanese war, an extremely dark time in Chinese history, so please note it’s full of triggers. BUT, if you’re ready for an intense, grimdark story full of complex characters, military strategy, torn allegiances, awesome magic, and marvellous writing, with a main character who is determined AF to achieve goals everyone else considers impossible, READ THE POPPY WAR!

When Rin aced the Keju—the Empire-wide test to find the most talented youth to learn at the Academies—it was a shock to everyone: to the test officials, who couldn’t believe a war orphan from Rooster Province could pass without cheating; to Rin’s guardians, who believed they’d finally be able to marry her off and further their criminal enterprise; and to Rin herself, who realized she was finally free of the servitude and despair that had made up her daily existence. That she got into Sinegard—the most elite military school in Nikan—was even more surprising.

Because being a dark-skinned peasant girl from the south is not an easy thing at Sinegard. Targeted from the outset by rival classmates for her color, poverty, and gender, Rin discovers she possesses a lethal, unearthly power—an aptitude for the nearly-mythical art of shamanism. Exploring the depths of her gift with the help of a seemingly insane teacher and psychoactive substances, Rin learns that gods long thought dead are very much alive—and that mastering control over those powers could mean more than just surviving school.

For while the Nikara Empire is at peace, the Federation of Mugen still lurks across a narrow sea. The militarily advanced Federation occupied Nikan for decades after the First Poppy War, and only barely lost the continent in the Second. And while most of the people are complacent to go about their lives, a few are aware that a Third Poppy War is just a spark away . . .

Rin’s shamanic powers may be the only way to save her people. But as she finds out more about the god that has chosen her, the vengeful Phoenix, she fears that winning the war may cost her humanity . . . and that it may already be too late.

Some books creep into your heart, steal a dark corner, and refuse to leave. For me, White Ivy is one of those books. In addition to having one of the best premises I’ve ever seen (Ivy Lin is a thief and a liar – and her dark obsession with her privileged classmate leads her down a path she may never be able to return from), White Ivy is full of little moments and details that, as a Chinese woman, made me feel truly seen. Plus, the story highlights the American immigrant experience AND features a character who yearns for success at any cost. Need I say more?

Ivy Lin is a thief and a liar—but you’d never know it by looking at her. Raised outside of Boston, she is taught how to pilfer items from yard sales and second-hand shops by her immigrant grandmother. Thieving allows Ivy to accumulate the trappings of a suburban teen—and, most importantly, to attract the attention of Gideon Speyer, the golden boy of a wealthy political family. But when Ivy’s mother discovers her trespasses, punishment is swift and Ivy is sent to China, where her dream instantly evaporates.

Years later, Ivy has grown into a poised yet restless young woman, haunted by her conflicting feelings about her upbringing and her family. Back in Boston, when she bumps into Sylvia Speyer, Gideon’s sister, a reconnection with Gideon seems not only inevitable—it feels like fate.

Slowly, Ivy sinks her claws into Gideon and the entire Speyer clan by attending fancy dinners and weekend getaways to the Cape. But just as Ivy is about to have everything she’s ever wanted, a ghost from her past resurfaces, threatening the nearly perfect life she’s worked so hard to build.

This is probably the most well-known of my five recs, but it’s worth a mention for its sheer BRILLIANCE. You’d be hard-pressed to find a more intricately woven tale, with consideration given to different POVs, than Little Fires Everywhere. We start with the Big Incident, then jump back in time and learn how it came to this. The screen adaptation is also done beautifully, albeit with some changes made and dramatization for the screen. I highly recommend reading the book and then watching the show!

In Shaker Heights, a placid, progressive suburb of Cleveland, everything is planned–from the layout of the winding roads, to the colors of the houses, to the successful lives its residents will go on to lead. And no one embodies this spirit more than Elena Richardson, whose guiding principle is playing by the rules.

Enter Mia Warren–an enigmatic artist and single mother–who arrives in this idyllic bubble with her teenaged daughter Pearl, and rents a house from the Richardsons. Soon Mia and Pearl become more than tenants: all four Richardson children are drawn to the mother-daughter pair. But Mia carries with her a mysterious past and a disregard for the status quo that threatens to upend this carefully ordered community.

When old family friends of the Richardsons attempt to adopt a Chinese-American baby, a custody battle erupts that dramatically divides the town–and puts Mia and Elena on opposing sides. Suspicious of Mia and her motives, Elena is determined to uncover the secrets in Mia’s past. But her obsession will come at unexpected and devastating costs.

Cas Russell, the main character in Zero Sum Game, has MATH SUPERPOWERS. You read that right! This smart sci-fi thriller is really underrated IMO. The main character is one of my favourite complex protagonists – she’s competent and incredibly smart. She’s also difficult to be around and has trouble empathizing with others, but she’s trying, damnit! I find myself cheering her on in every book, and her character arc (ongoing throughout the series) is superb. As a note for audiobook listeners, I personally love the narration by Lauren Fortgang.

Cas Russell is good at math. Scary good. The vector calculus blazing through her head lets her smash through armed men twice her size and dodge every bullet in a gunfight, and she’ll take any job for the right price.

As far as Cas knows, she’s the only person around with a superpower…until she discovers someone with a power even more dangerous than her own. Someone who can reach directly into people’s minds and twist their brains into Moebius strips. Someone intent on becoming the world’s puppet master.

Cas should run, like she usually does, but for once she’s involved. There’s only one problem… She doesn’t know which of her thoughts are her own anymore.

If you’ve heard Ali Wong’s stand-up, then you know she’s bold, brilliant, and brazen. She’s everything a (stereotypical) Asian woman “isn’t supposed to be” – and I LOVE her for it! Her memoir is hilarious and worth listening to for the comedic value alone, but Ali also uses her personal experiences to tackle some big issues & the topic of identity really well (American privilege, being bi-racial: Chinese & Vietnamese, what it’s like being a woman in comedy, etc.). Again, I’d recommend the audiobook, narrated by Ali herself!

In her hit Netflix comedy special Baby Cobra, an eight-month pregnant Ali Wong resonated so heavily that she became a popular Halloween costume. Wong told the world her remarkably unfiltered thoughts on marriage, sex, Asian culture, working women, and why you never see new mom comics on stage but you sure see plenty of new dads.

The sharp insights and humor are even more personal in this completely original collection. She shares the wisdom she’s learned from a life in comedy and reveals stories from her life off stage, including the brutal singles life in New York (i.e. the inevitable confrontation with erectile dysfunction), reconnecting with her roots (and drinking snake blood) in Vietnam, tales of being a wild child growing up in San Francisco, and parenting war stories. Though addressed to her daughters, Ali Wong’s letters are absurdly funny, surprisingly moving, and enlightening (and disgusting) for all.

Kelsea is a Chinese American writer living in the Seattle area with a penchant for sharks, baked goods, and stories featuring smart, cunning characters. She runs a bookstagram account over at @anovelescape with a focus on promoting diverse and #ownvoices reads – especially Asian authored. Her favorite things to do include reading at night, dreaming up story ideas, baking new desserts, and checking things off her endless to-do list. Her pronouns are she/her.

Her upcoming #ReadRepReview Instagram challenge has the aim of encouraging all to read diversely, and starts in October. You can find out more by reading the original post here.

5 steamy romances to keep you warm this Autumn 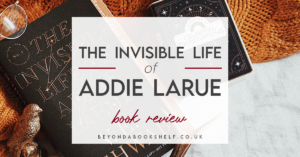